Carnage on the Flyways – The illegal killing, trapping and taking of migratory birds, Angus Innes 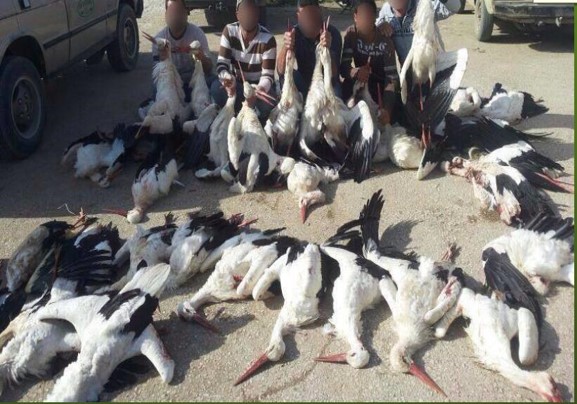 The international decline in the populations of many species of birds has generated concern and alarm over the last half century. Loss of habitat is certainly a serious and universal cause of population loss. This is far from the only hazard faced by those species that have annual migration as part of their life cycle. Apart from the natural hazards of weather and the threat of avian predators, they must run the gauntlet of humans who, over hundreds of years, have used the collective abundance, or perceived abundance, of the migrating flocks, to trap and kill birds along their migration routes for a variety of purposes.

At the next Friday Environment Forum on August 12th, Angus Innes, an environmental lawyer and life-long birder who has pursued both interests in Qld, the UK and Europe, will describe this horrific carnage on the Flyways. For his work (managing a team of prosecutors of environmental crime) for the English and Welsh Environment Agency, Angus was awarded the MBE in 2011 for services “to the prevention of environmental crime”. From 2015 to 2020, he was a member of the “Wildlife Crime Working Group” of the European Network of Prosecutors for the Environment (ENPE) whose major priority was the vast illegal killing, trapping and trading of migratory birds (IKB) in the Mediterranean Region, the heart of the African-Eurasian Fly Way. He represented that working group at international conferences on that subject in Egypt, Malta and Crete.

“Energetic conservation charities have brought attention to the horror of killing and trapping activities in the Mediterranean region. Birdlife International’s work has brought scientific validation to the scale of the problem. Preventative action by some national governments has followed. It is a guide to action on our own Flyway- the East Asian – Australasian Flyway,” explains Angus.

Everyone is welcome at the NPA Environment Centre, 5 Wallace Drive, Noosaville on August 12th to understand the problem of carnage of birds on the Flyways and how we can help to prevent this senseless killing. The forum starts at 10:30am and morning tea is available at 10-10.25am. Entry is $5 by “tap & go” at the door which includes morning tea/coffee. The organisers ask that masks are worn to protect the vulnerable in the audience.