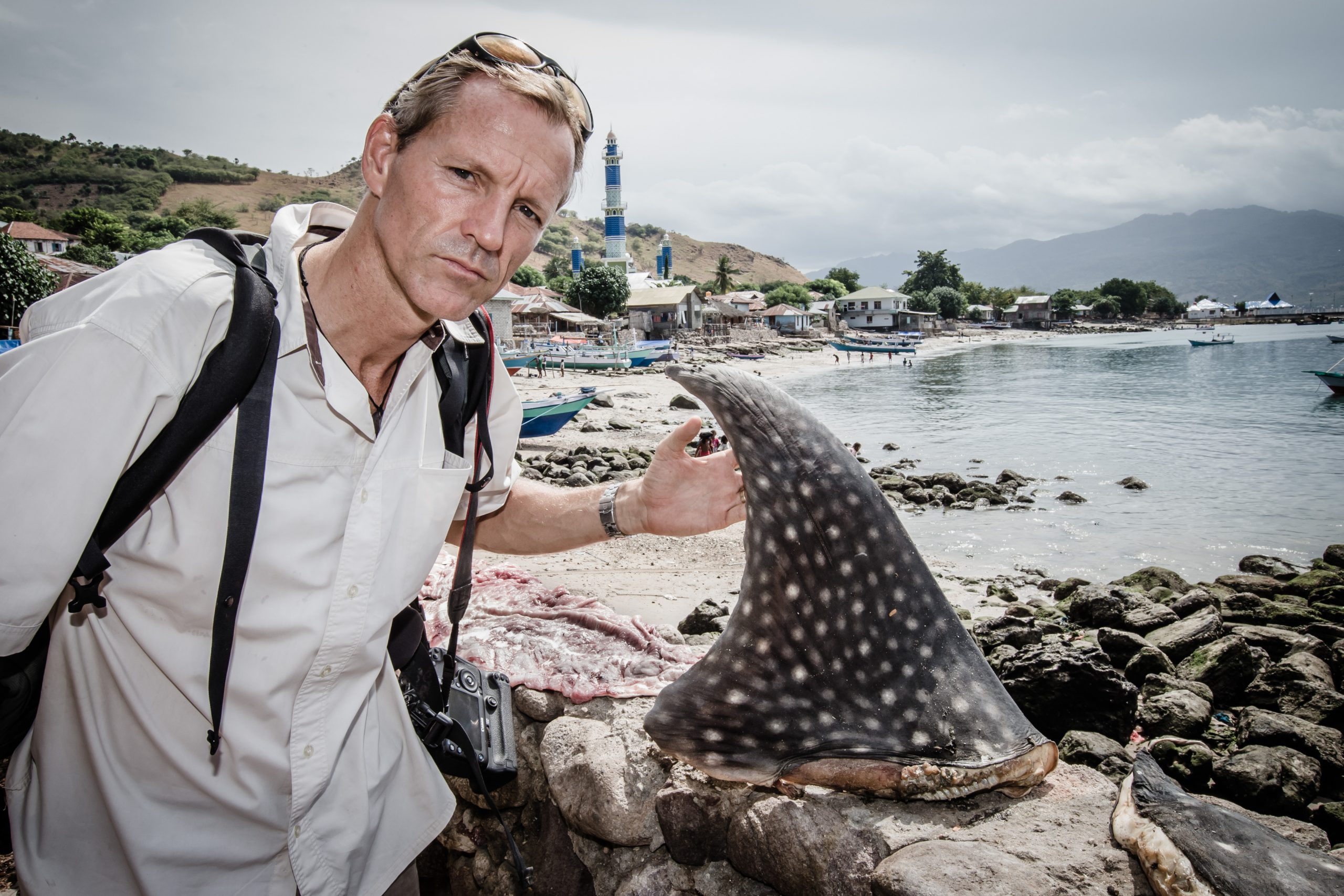 International award-winning conservation photojournalist Paul Hilton is usually travelling the world on assignments and campaigns, but fortunately for the Friday Environment Forum audience on February 26, border closures have kept him at home in Peregian.  Paul will share his love of wildlife and underwater photography, which has been the subject of his many awards, and has been the reason for his extensive travels and conservation campaigns.

His first book, entitled Man & Shark launched in 2010, highlighted the global shark fin industry.  Another major project is the manta and mobula ray trade: and like the shark fin trade, it has spread across the world.  Because of this, he set up the Manta Ray of Hope Project to document, in partnership with Wildlife and Mantar Trust, the plight of the great rays.

However, it is not only his interest in the welfare of the shark and manta ray, but also his love of wildlife in general, that has resulted in his reputation as a photographer becoming worldwide. In October 2020 he received the Wildlife Photojournalist Story of the Year Award: presented by the Natural History of London.

Recently Paul has been working on the Palm Oil issue; documenting deforestation, land clearing and wildlife crimes in Sumatra, Indonesia.  “When it comes to deforestation, it is not just overseas that concerns me,” said Paul “but also Australia. We are now the world leaders in chopping down trees and the koala is rapidly vanishing from NSW and QLD; so now it is time to say ‘Wake up Australia’.  Look at the world around us, be more aware of what we eat and how we spend our dollars, it’s all connected.”

The forum will be at the Environment Centre for limited numbers owing to COVID restrictions. To come to the EC, it is essential to pre-register. Entry is $5 by ‘tap & go’ at the door.