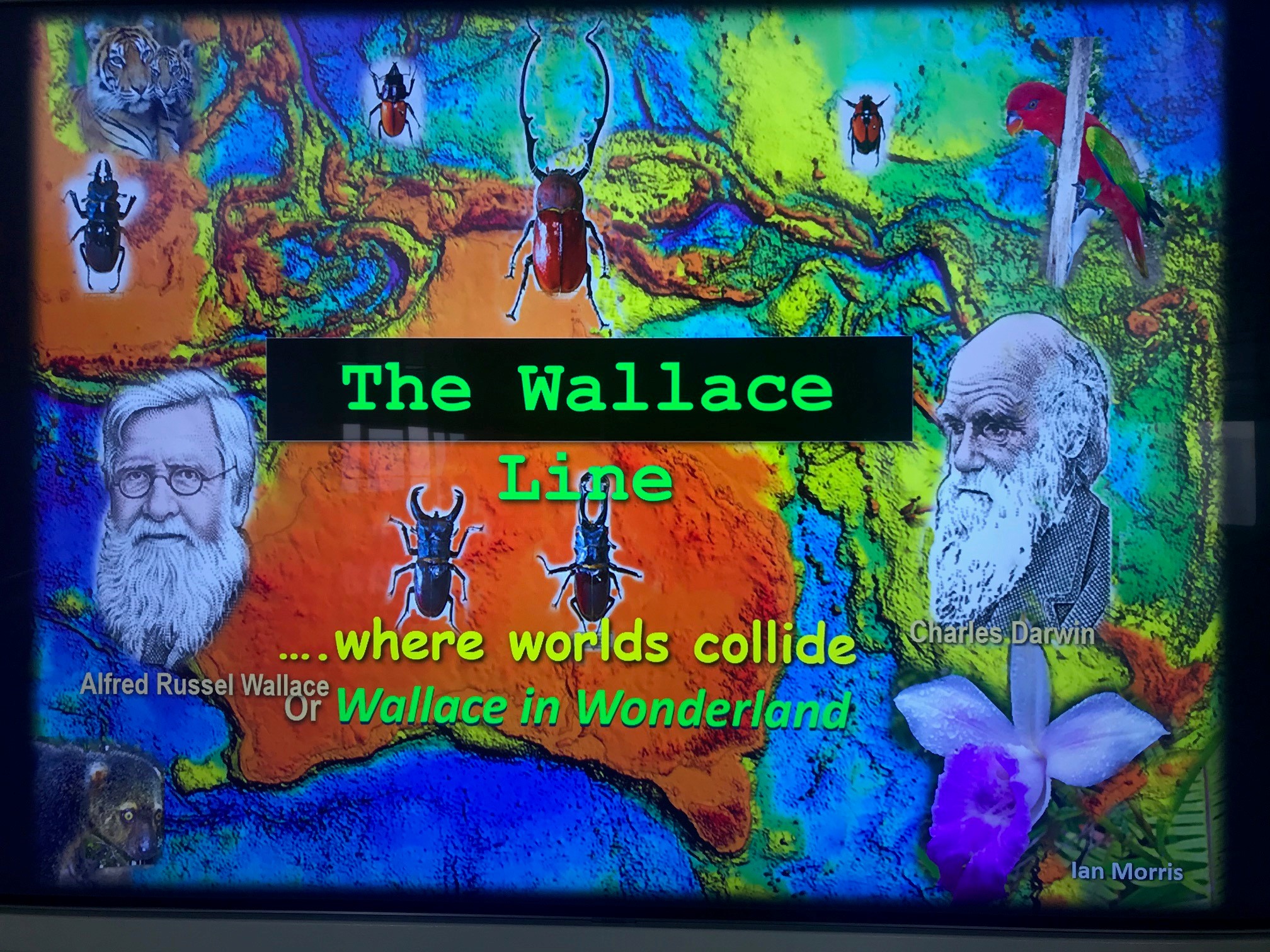 ALFRED RUSSELL WALLACE – Who was he and what is Wallace’s Line?

It was 10 years ago whilst on a snorkelling trip to the Raja Ampat that John Lauritz was
enlightened by a guest lecturer on board his sailing ship, who gave a series of talks
about Alfred Russell Wallace – hitherto unknown to John. He believes that other people
may wish to be enlightened as he was and will present his findings at the next Friday
Environment Forum.

Whilst Charles Darwin is popularly recognised as the founder of Evolutionary Theory,
Alfred Wallace should be acknowledged as equal co-founder. It was 1st July 1858, at
the prestigious Linnaean Society London, that papers from both men were presented.
The tendency of ‘Species to form Varieties’ was a revolutionary concept in its day,
conflicting with the religious beliefs of creationism. In addition, Wallace recognised the
faunal divide through Indonesia with Asian representatives to the west and Australasian
to the east. In his honour, this is now known as the ‘Wallace Line”.

This talk explores the interrelationship between the two great naturalists, Darwin and
Wallace, in both their scientific and personal lives. Join us at the NPA Environment
Centre, 5 Wallace Drive, Noosaville on May 13th .

The forum starts at 10:30am and morning tea is available at 10am – 10.25am. Entry is $5
by  ‘tap & go’ at the door. We no longer require pre-registration. We do ask that masks
are worn to protect the vulnerable in our audience.